A day earlier, we had arrived at Agra, a city filled with anxious tourist ready to explore the famous Taj Mahal.

This city was also one for pickpockets who came in the form of adorkable little kids who could certainly diverge your attention from your wallet.

Before the sun rose that day, we were out of bed, dressed, and ready to explore as we had been warned of the crowd that awaited us if we delayed our sightseeing.

We bought the ticket which was certainly overpriced for foreigners at 750 rupees compared to that of locals at 20 or 25 rupees….talk about broad day light robbery.

Just note, when you arrive there, you’ll be bothered so much about buying something; tour services, tuk tuk, pictures, etc. Just be sure to bargain your way down because most often, these prices are hyped for foreigners.

When we arrived at Taj Mahal, we got through the usual security check which ended up being a little traumatic since the security guards wouldn’t allow Devina to bring in her art’s supplies, plus my camera with brand new batteries refused to work…wonder what was happening???

Anyways, things cleared up after we set our eyes on Taj Mahal…Oh! How beautiful and mesmerizing it was.

Inside, we needed someone to take pictures of us… like lots of it. So we came up with the idea to pay 100 rupees to a photographer to take pics of us with Devina’s iphone (which literally was ‘OUR’ camera during this entire trip).

Originally, he had requested 100rs per picture with his camera. However, we convinced him to take quite a few pics for the same price with ‘OUR’ phone. Pretty good deal right? That’s how you do it…BARGAIN!

We explored some more, even though there wasn’t much to see. I know I know what you’re thinking “it’s Taj Mahal! How isn’t there much to see?” Well let me try to get my point across. Taj was beautiful with an amazing architecture and a sweet love story; an altogether stunning combo that made tourists flock to it.

However, I personally enjoyed the vast history of Agra Fort which was just a few kilometers from Taj Mahal.

We ended the Taj tour at 9amish, then headed to a coffee shop which supposedly said they took credit cards, but didn’t. Imagine our faces after we ordered, only to realize they didn’t take cards. Thank God we had cash.

Just an advice, if you’re traveling in a foreign country, always bring cash, whether or not your bank says you can use your card. Just play it safe and take cash as well…you never know when and where that card will give up on you. 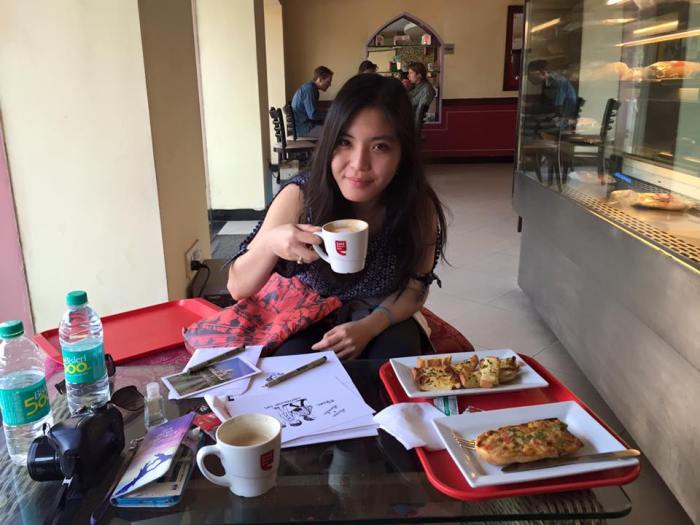 After that we headed to Agra Fort then got reaped off by this tuk tuk who first agreed we would pay him 300rs, then it somehow escalated to 1000rs one way. When we got out of that tuk tuk, we were so done with him.

After our little meal, we left for AGRA FORT!!!

Though less popular than Taj Mahal, the history was so interesting and fascinating for us history lovers.

Plus the attention to details, symbolism of even the most little things was just WOW!

If you’re interested in reading about it, check out the link Agra Fort (Yap, it’s a link to wiki…lol! )

However, to be truly honest, I don’t think one can truly enjoy its history and beauty if you haven’t seen it with your own two eyes. 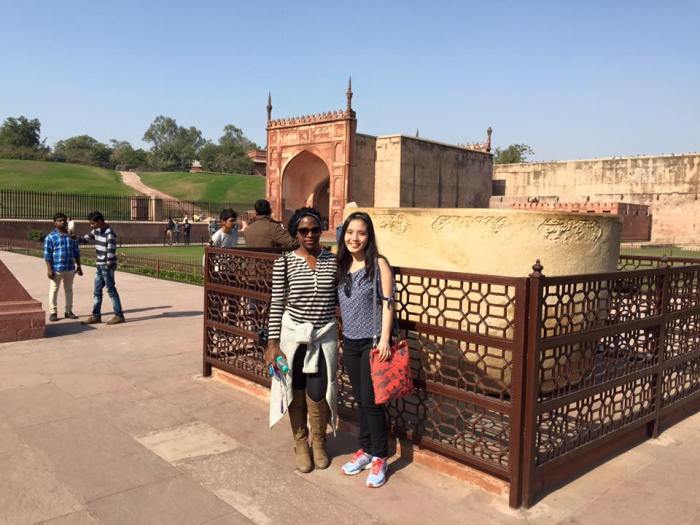 Actually for this tour, we got a tour guide who was just amazing. He explained everything we needed to know and even took lots of pictures for us.

By the way, did I mention we were charged 250rs as entry fee to Agra Fort…and that was discounted since we went to Taj Mahal.

After that, we went home and literally crashed on the bed and slept. To be honest, I don’t really remember much after that, except for the next day when we packed and left for Mumbai.