So I spent a day at Tokyo Disneyland. And it was raining since morning until around 2 p.m, before it just turned into the hottest summer in my lifetime.

I wanted to go on Haunted Mansion, but it was temporarily closed due to some problems they were having – of course I didn’t know that they fixed it and opened the mansion again that day, but due to not going there, I got a bit disappointed. 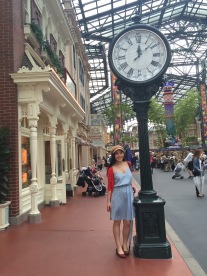 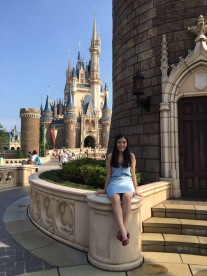 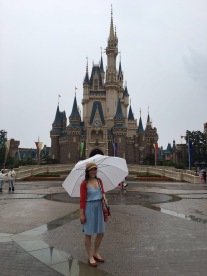 The city walk all the way up to the Castle was fun though, I always enjoy looking at the cute stores and the cute stuff they got over there.

12 years ago I went there, and I did the two things I loved most: Peter Pan ride and churros. Thankfully, when we got to Peter Pan, the wait was only 25 minutes. So I didn’t even hesitate.

Then we went to a lot other attractions; however, the one that killed me most was: Star Wars voyage.

I loved the fact that they included BB8 and Fin into the ride. However, I could not understand anything.

Everything was in Japanese. C3Po  was speaking Japanese.

And in every single ride, every single character who I grew up watching speaking English, was speaking Japanese. It was strange. And even weirder to think that it must have been weird for Japanese children to hear their Disney heroes speak in English when they visited other Disneylands someday.

And another thing is that, most of the employees at the Disneyland didn’t speak English.

I asked a lady once, “Where can I find puzzles?” and she gestured me to wait while taking out a huge book that looked like an album – full of “Japanese to English” phrases. She tried to find the right phrase before telling me, “Wait five minutes.”

I felt horrible and told her, “No, it’s okay, I can find them myself,” but she went and called another help – who did what she did and told me the same thing.

One thing I learned is that they are dead serious in their service.

And I really appreciated it.

Everyone was always smiling and happy, and they took their time in serving you. There could be ten people complaining about “How long will this take” behind me and they wouldn’t be rushing. They’d handle it with such ease and well, annoy the ten complainers even more.

Maybe that’s not good for everyone else but the person being served, but well, it’s still good in a way.

Overall, this place was a lot of fun. I loved it. There is also a mall, within walking distance, with lots of restaurants right outside the park, just in case you can’t find anything you want to eat (maybe due to dietary preference) at the park. 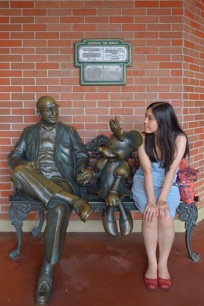 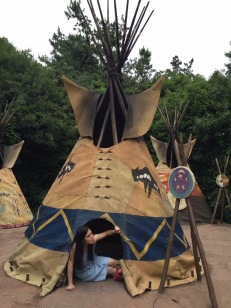 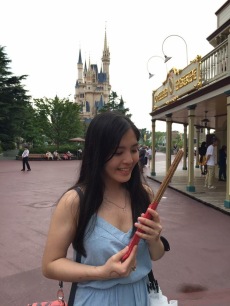