I walked out of the theatre smiling. Happy. Literally. It was amazing.

Did this movie do justice to the 1991 one? Yes. Absolutely.

This was an insane cinematic experience. In a very good way.

Everyone knows the tale of Beauty and the Beast, so there’s no point in telling you the plot here.

But I salute the writers for making sure that the things pointed out in “Everything Wrong with Beauty and the Beast” were taken care of. 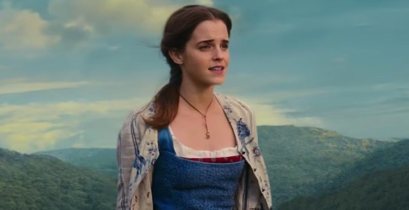 For instance, the whole “Why would a prince open a door to an old lady when he got servants?” or “Why didn’t people remember the prince and his servants?” or “How did Belle get Beast up on Philippe?” or “How did Philippe know where to take Belle?” and many more questions you probably asked when you were younger watching this movie, were taken care of.

We also got to see more of Beast’s and Belle’s relationship, in a much more different way than we did in the 1991 movie. Beast is certainly charming here; I mean, imagine being a nerdy girl who, after being stuck in a village full of people who don’t read, finally got to meet a guy who can quote Shakespeare? He obviously won over her fascination, since she’d been longing for someone who does not see her as a weirdo and can relate to. 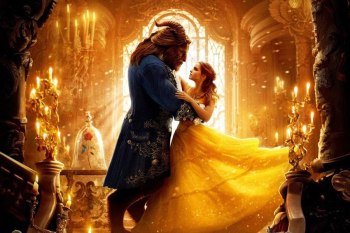 He also realized he made a mistake when he imprisoned Maurice, and apologized to Belle for accusing her father of being a thief. It was very genuine that any girl in her right mind would understand.

And this is something that I’ve been wanting to scream from the top of my lungs for awhile now: Belle chose to stay in the castle. Even in 1991 version, Belle made that decision when she took Beast back to the castle after he saved her from the wolves. She could’ve run away, same as this version, but she decided to take him back, take care of him, and agree to be “a prisoner.” But it was just something they established prematurely in the beginning, and it became almost like a joke by the time he said, “Go to your father now, there’s no time.”

Because I believe that Belle knew by then that he’d let her go, and she just wanted the confirmation from him that “You are not a prisoner.”

So it makes sense that she fell for him. Since the best thing she had waiting back at home was Gaston. 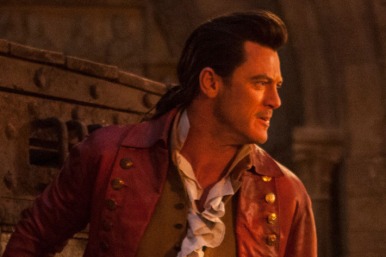 Gaston, the gorgeous. I couldn’t imagine a better Gaston. That was amazing. Luke Evans was fantastic.

He also did some songs, which in my opinion, were the more entertaining songs than the ones other characters sang.

Like, for instance, the song of the Beast’s heartbreak after Belle had taken off to help her father. I mean, not trying to be mean or anything, but I didn’t think that song was necessary. It was romantic, and yes, we got to see more of the Beast and how he felt, because we ignored his pain for most of the movie (or more like I did, I was just concerned about Hermione Granger being stuck in a castle that was surrounded by wolves…. and she didn’t have her wand with her, Muggles! No wand!).

But let me say this for the 1000th time. Disney slays. Every. Single. Time.

Emma Watson as Belle was just brilliant. In the public eye, she was already the face of courage and intelligence, both as Hermione Granger and as herself. And that ‘brilliant and smart’ face of hers was definitely the Belle I’d have imagined meeting when I was a child.

I couldn’t think of a better cast. And I was very happy with this movie.

About the whole boycott and shaming of the gay scene(s) in the movie, I didn’t care much for. I found it too much when people would take scenes that were open to anyone’s interpretation, make it their own, and condemn it as unacceptable or evil. When we see girls hold hands, kiss cheeks, and embrace in movies, we don’t raise questions. But put guys to do that, possibly in platonic ways too, and people lose their minds.

It could go both ways, people. Seriously.

Beauty and the Beast, is a solid 9/10. I can’t give it a lower grade, sorry, and the songs are going to be stuck in my head for awhile now.

I love it so much I’m thinking of watching it again. Do I recommend it? YES. It’s a good date movie, a good family movie, good going solo movie, and will be a good re watch movie.

One thought on “Beauty and the Beast: Read Books, Impress the Girl”