Hrithik Roshan is one of the most beautiful beings on earth. Don’t even try to tell me no. I mean, look at his arms.

Anyway, I love old Bollywood movies. Sometimes I would rewatch some just for the fun of it.

And I remember finding out that a movie about alien was gonna be out.

Back in 2003, this movie came out and I just had to watch it because well, Bollywood. 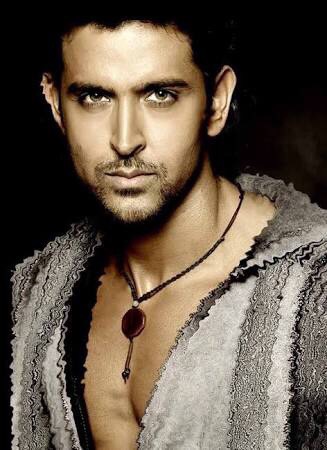 The movie tells a story about a young man who suffered from a condition in which his brain grew much slower than average, making him as mature as a toddler despite having the physical built of a grown man.

It was due to an accident that involved his parents when they were still expecting him, after his farther failed to get his alien signal discovery recognized.

So after the accident, the surviving pregnant wife decided to leave the states and move back to India with the baby, now the grown up child Rohit.

Back to the present day, Rohit struggled in accepting that he kept repeating years in school. He had been failing grades his whole life, and his friends moved onto higher grades, leaving him behind.

Then one day, a girl named Nisha moved into town and got mad at Rohit and his friends for pranking her. During a moment of misunderstanding, Nisha’s boyfriend Raj destroyed Rohit’s scooter and hurt him badly.

After Rohit’s mom confronted Nisha and told her about Rohit’s disability, Nisha felt bad and started becoming Rohit’s friend. When Rohit found his late father’s invention, Nisha encouraged him to play with it and he ended up calling an alien to his town.

Nisha and Rohit met the alien, whom Rohit called Jadoo, and befriended him. Jadoo had powers and changed Rohit into the man he was supposed to be.

Meanwhile, Rohit realized that he wanted to be with Nisha.

But of course, it would be hard to be with a grown up woman if your mind was still that of a child’s.

This movie was my guilty pleasure, because it reminded me of E.T. If only everyone was dancing in E.T.

And Jadoo is cute, so there is no harm in watching it.

Hrithik Roshan sold this movie, no doubt. He was adorable as a kid, charming as a grown man, and just hot in general.

This movie is a solid 7/10 from me. It is heartwarming, funny, and again, harmless. We all want a Rohit. I know I do.